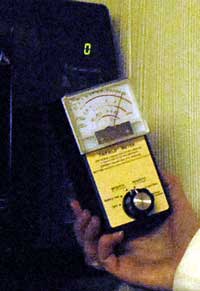 Chronic exposure to these abnormal fields is adversely affecting the biological cycles of both animals and humans. Prolonged exposure results in chronic states of stress to the system (altering body polarity) which often can lead to fatigue, frustration, tension and a variety of physical illnesses ranging from headaches to cancer.

Trouble sleeping? It may be due to EMF’s which can disrupt the pineal gland and the production of melatonin and serotonin.

EMF’s can cause physical dis-ease in people, animals, and plants, over time. The good news is, detrimental energies can be transmuted.

Become proactive and protect yourself, your family and your environment. Use some type of device. More information and a list of products.